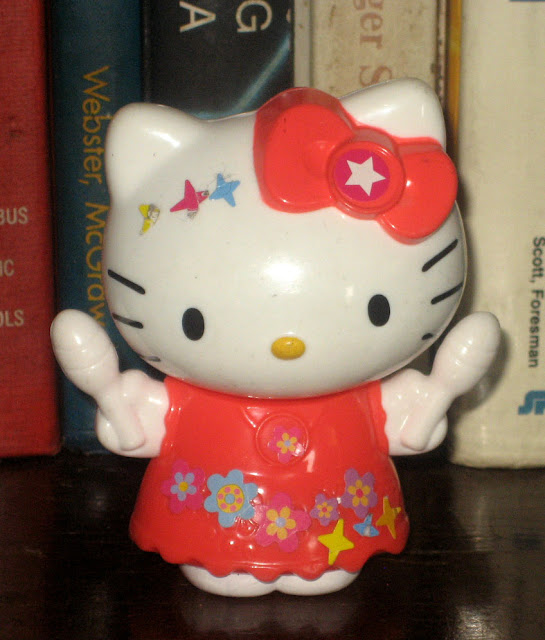 Hello Kitty sold well immediately after the 1974 launch, and Sanrio's sales increased seven times up until they slumped temporarily in 1978. New series with Hello Kitty in different themed designs are released regularly, following current trends. Yuko Yamaguchi, the main designer for most of Hello Kitty's history, has said that she is inspired by fashion, movies and TV in creating new designs. Hello Kitty was originally marketed only to young girls. In the 1990s the target market for Hello Kitty was broadened to include teens and grown-ups as a retro brand. Marketed to those who could not get Hello Kitty merchandise as children, or who fondly remember items they had, Sanrio began selling Hello Kitty branded products like purses and laptops. The 1994–1996 Face series was the first to be designed for a more mature appeal.According to Sanrio, in 1999 Hello Kitty appeared on 12,000 different products yearly. By 2008, Hello Kitty was responsible for half of Sanrio's $1 billion revenue and there were over 50,000 different Hello Kitty branded products in more than 60 countries. Beginning in 2007, following trends in Japan, Sanrio began using darker designs for Hello Kitty with more black and less pink, and pulling away from kawaii styles. Hello Kitty and Mimmy celebrated their 40th Anniversary on 1/November/2014. The "ARIGATO EVERYONE! Birthday Celebration" took place in Sanrio Puroland in Tokyo for several days.
Posted by Percy at 10:32 PM