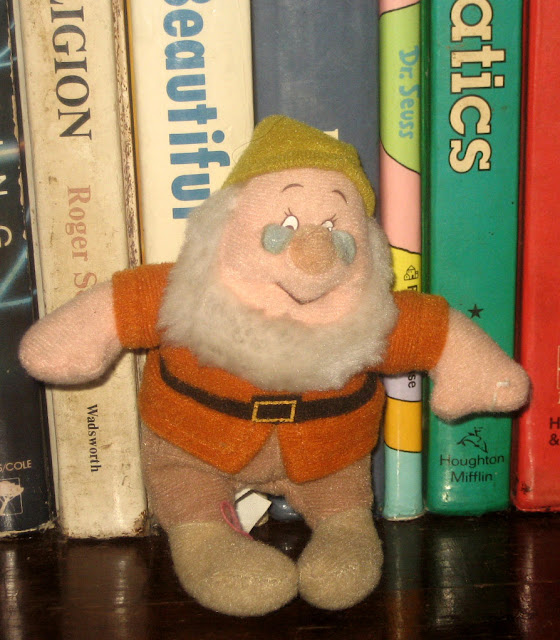 Doc is the leader of the seven dwarfs in Disney's 1937 film Snow White and the Seven Dwarfs. He was originally voiced by Roy Atwell. Doc was not present in the original November 1935 story outline of the film Robert D. Field, "The Art of Walt Disney". Several months later, his role in the film, and his relationship with Grumpy was established: Walt Disney commented that Doc's flustered personality should be such that he never knew quite where he is without one of his fellow dwarfs reminding him. Disney personally suggested the sequence in which Grumpy feeds him the phrase "mad as hornets" when Doc is lost for words, causing Doc to blurt out Grumpy's words without thinking, and having to go back and correct himself, leading to even more dithering.
Posted by Percy at 11:15 PM