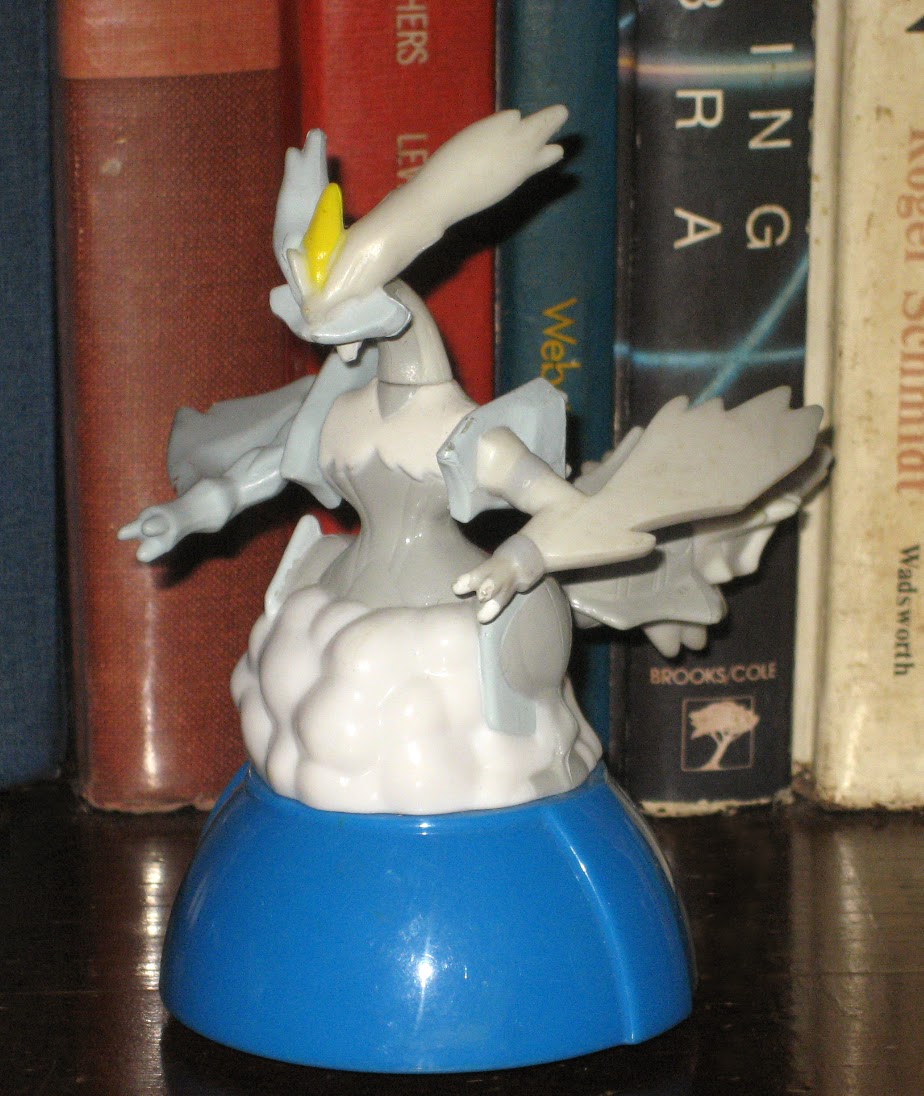 Kyurem (Japanese: キュレム Kyurem) is a dual-type Dragon/Ice Legendary Pokémon. While it is not known to evolve into or from any Pokémon, it has two other formes, which are activated by using the DNA Splicers on it and either Reshiram or Zekrom, resulting in a process called Absofusion that removes Reshiram or Zekrom from the party until the fusion is undone. It will then become White Kyurem (with Reshiram) or Black Kyurem (with Zekrom). However, it is impossible to own a White Kyurem and a Black Kyurem at the same time, as the game rejects the second fusion of Kyurem with Reshiram/Zekrom.
Posted by Percy at 8:33 AM