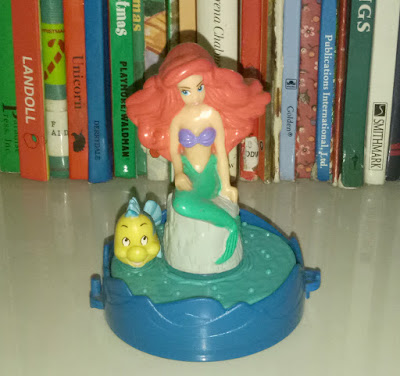 The Little Mermaid is a 1989 animated film produced by Walt Disney Feature Animation. It was first released on November 17, 1989 and later re-released on November 14, 1997 by Walt Disney Pictures. The 28th animated feature in the Disney Animated Canon, the film is loosely based upon the Hans Christian Andersen short story "The Little Mermaid". The film grossed over $111 million in the U.S. and an additional $99 million worldwide from both theatrical and re-release runs, and is mostly given credit for creating the Disney Renaissance, an era that had breathed life back into the animated feature film genre after a string of competent, but only moderately successful animated films such as The Aristocats and The Great Mouse Detective, and the single major commercial flop The Black Cauldron. The film was re-released on September 13, 2013 exclusively at El Capitan Theatre.
Posted by Percy at 4:54 PM No comments: 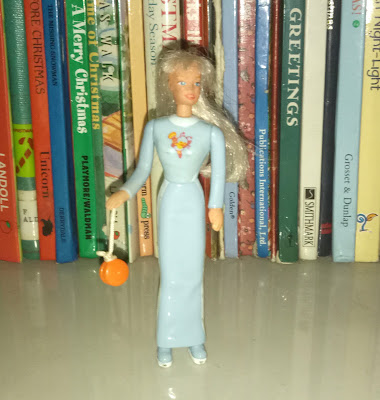 Did you know?
In 1963, Fashion Queen Barbie was released. She was inspired by a popular fashion trend of the 1960s: wigs. She had molded brown hair with a remolvable blue band, and wore a white and gold striped bathing suit and simiarily patterned hat. in1964, Swirl Ponytail Barbie, named for her side-sweep(or swirl) bangs was released. This doll also marked a glamor-focused period in barbie's fashion, which lasted for about three years.
Posted by Percy at 4:40 PM No comments: