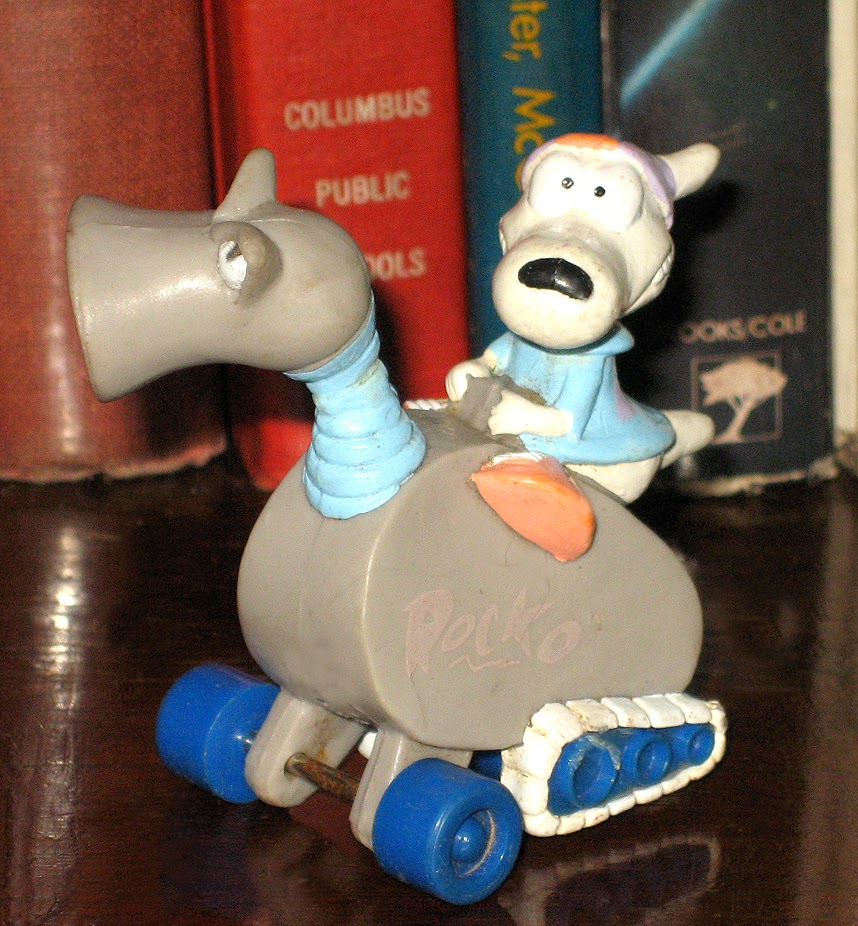 Rocko is a wallaby who emigrated from Australia to the United States, he is the main character and the protagonist of the show. He is 18 years old. He is a sensible, moral, and somewhat timid character who enjoys the simple pleasures in life, such as doing his laundry or feeding his dog, Spunky. He is neat, compassionate, and self-conscious. He wears a blue shirt with purple triangles on it that he has become quite attached to. He doesn't wear any pants. Rocko usually works at "Kind of a Lot o' Comics" (but once worked at Conglom-O where Ed Bighead attempted to make him quit) and his hobbies include recreational jackhammering and pining for the love of his life, Melba Toast. Due to Rocko's benevolence and non-confrontational personality, his kindness is often taken for weakness. He is often taken advantage of by the other characters. Rocko would prefer to live a quiet life, but his reckless friends often throw him into turbulent situations. His most common catchphrase is "______-Day is a very dangerous day", even once saying "Open mic night is a very dangerous night." He is often mistaken for a kangaroo, a platypus, and occasionally a beaver, weasel or even a dog. Rocko has no family name because the writers could not think of a family name that they liked.
Posted by Percy at 5:50 PM