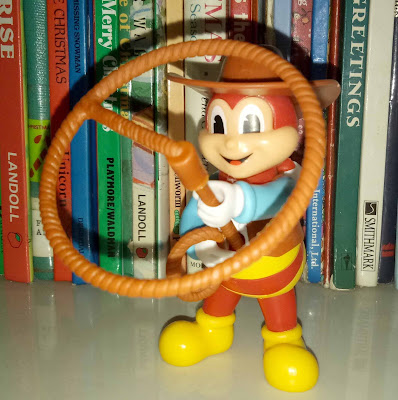 Jollibee began serving spaghetti in 1979 and the palabok in 1982. Fries were introduced along with the Chickenjoy in 1980. A bigger version of the fastfood's YumBurger, the Champ was launched in 1984. The fast food also serves Jolly Twirl, a soft-served ice cream launched in 1988.
Posted by Percy at 1:18 AM No comments: