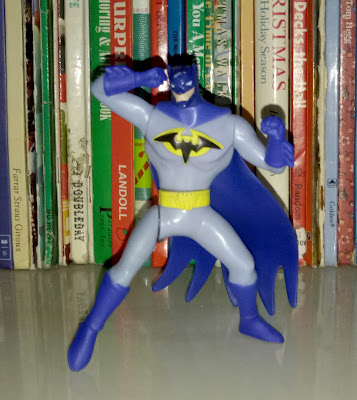 Did you know?
An American cultural icon, Batman has garnered enormous popularity and is among the most identifiable comic book characters. Batman has been licensed and adapted into a variety of media, from radio to television and film, and appears on various merchandise sold around the world, such as toys and video games. The character has also intrigued psychiatrists, with many trying to understand his psyche. In 2015, FanSided ranked Batman as number one on their list of "50 Greatest Super Heroes In Comic Book History"
Posted by Percy at 1:43 AM No comments: