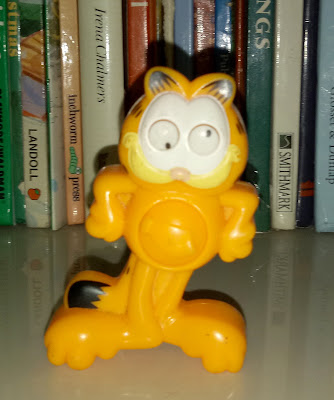 Garfield quickly became a commercial success. In 1981, less than three years after its release, the strip appeared in 850 newspapers and accumulated over $15 million in merchandise. To manage the merchandise, Davis founded Paws, Inc. By 2002, Garfield became the world's most syndicated strip, appearing in 2,570 newspapers with 263 million readers worldwide; by 2004, Garfield appeared in nearly 2,600 newspapers and sold from $750 million to $1 billion worth of merchandise in 111 countries.
Posted by Percy at 4:08 PM No comments: