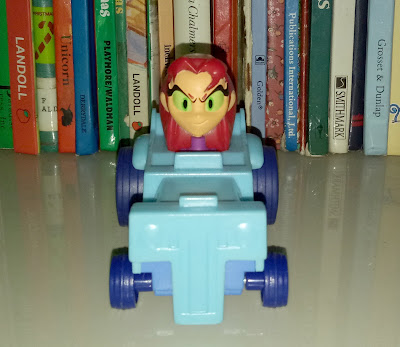 Starfire is a Tamaranean and as such her physiology is designed to constantly absorb ultraviolet radiation. The radiation is then converted to pure energy, allowing her to fly at supersonic speeds. Originally, Starfire was capable of using this power to fly in space and even go fast enough to cross several solar systems in minutes to seconds.
Posted by Percy at 4:42 PM No comments: 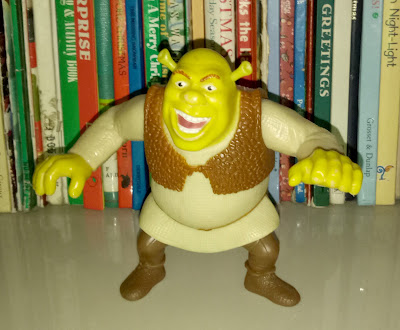 Shrek Forever After (often promoted as Shrek: The Final Chapter) is a 2010 American 3D computer-animated fantasy comedy film and the fourth installment in the Shrek series, produced by DreamWorks Animation and the sequel to 2007's Shrek the Third. It was directed by Mike Mitchell, the animator of the second film. Mike Myers, Eddie Murphy, Cameron Diaz, Antonio Banderas, Julie Andrews, John Cleese reprise their previous roles, with Walt Dohrn joining them in the role of Rumpelstiltskin. Taking place after Shrek the Third, Shrek is now a family man and beloved among the local villagers. Yearning for the days when he was feared, he makes a deal with Rumpelstiltskin and accidentally wipes out his entire existence. To restore his existence, Shrek has to regain Fiona's love and kiss her before the sun rises, or he will disappear forever.
Posted by Percy at 12:37 AM No comments: