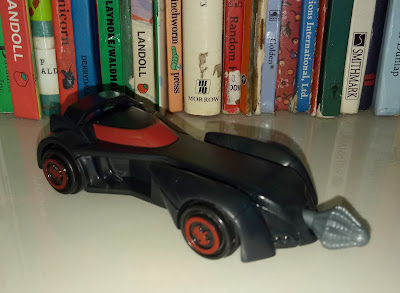 Did you know?
The Batmobile is the fictional car driven by the superhero Batman in American comic books published by DC Comics. The Batmobile first appeared in Detective Comics #27 (May, 1939), where it was depicted as an ordinary-looking, red car. Housed in the Batcave, which the Batmobile accesses through a hidden entrance, the heavily armored, weaponized vehicle is used by Batman in his campaign to fight crime.
Posted by Percy at 12:37 AM No comments: