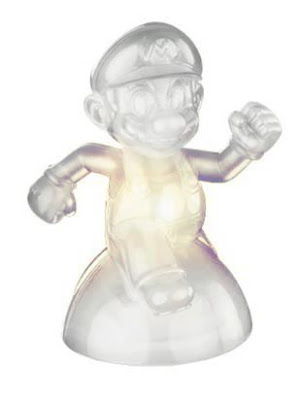 Invincible Mario is a form that makes its debut in Super Mario Bros. Mario can assume the form after using a Super Star, which made its debut in the same game; while in this state, he is unaffected by both enemies and obstacles, and can defeat most of them by simply touching them. However, the state only lasts a few seconds, and Mario can still lose lives from falling into a pit, touching lava or poison water, being crushed, touching Volcanic Smoke, getting crushed between a wall and a Boohemoth, or running out of time. Invincibility is usually depicted by a flashing, color-changing character. Unless he's already in another invincibility-granting form (like the Mega, White Raccoon, or White Tanooki forms, which are incompatible with this form), Mario usually retains his current form while invincible (for example, if Fire Mario gets a Super Star, he becomes invincible, but retains his Fire form).
Posted by Percy at 4:37 PM No comments: