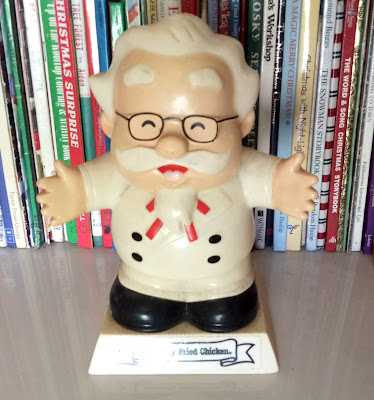 Did you know?
Sanders held a number of jobs in his early life, such as steam engine stoker, insurance salesman and filling station operator. He began selling fried chicken from his roadside restaurant in North Corbin, Kentucky, during the Great Depression. During that time Sanders developed his "secret recipe" and his patented method of cooking chicken in a pressure fryer. Sanders recognized the potential of the restaurant franchising concept, and the first KFC franchise opened in Utah in 1952. When his original restaurant closed, he devoted himself full-time to franchising his fried chicken to various restaurant throughout the country.
Posted by Percy at 11:07 PM No comments: