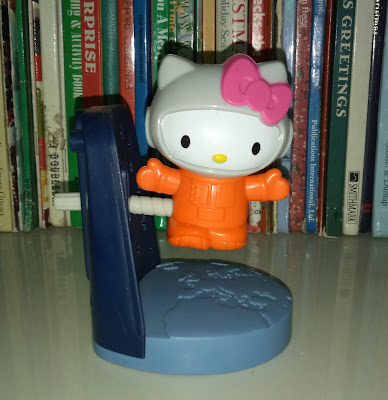 Did you know?
Shortly after her creation in 1974, the Hello Kitty vinyl coin purse was introduced by Sanrio in March 1975. The character was then brought to the United States in 1976. The character is a staple of the kawaii segment of Japanese popular culture. By 2010, Sanrio had groomed Hello Kitty into a global marketing phenomenon worth $5 billion a year. By 2014, when Hello Kitty was 40 years old, she was worth about $7 billion a year, all without advertising except on Sanrio's, related show producers', and ticket sales' webpages and at show venues and nearby locations.
Posted by Percy at 1:58 AM No comments: