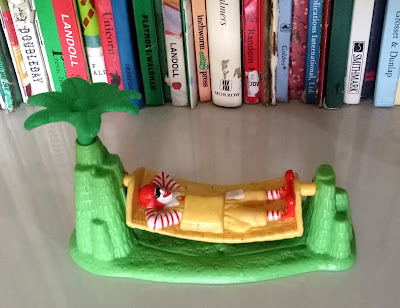 Did you know?
Ronald McDonald is a clown character used as the primary mascot of the McDonald's fast-food restaurant chain. In television commercials, the clown inhabited a fantasy world called McDonaldland and has adventures with his friends Mayor McCheese, the Hamburglar, Grimace, Birdie the Early Bird, and The Fry Kids. Since 2003, McDonaldland has been largely phased out, and Ronald is instead shown interacting with normal children in their everyday lives.
Posted by Percy at 5:41 PM No comments: