It's The Great Pumpkin Bucket 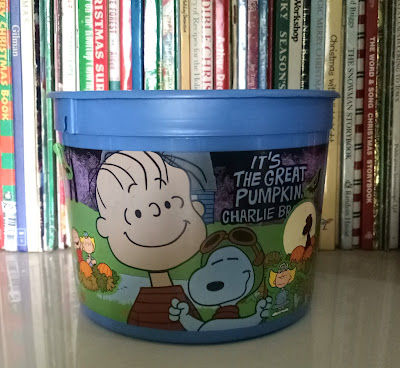 
It's the Great Pumpkin, Charlie Brown is a 1966 American prime time animated television special based on the comic strip Peanuts by Charles M. Schulz. A Halloween special, it was the third Peanuts special (and second holiday-themed special, following A Charlie Brown Christmas) to be produced and animated by Bill Melendez. It was also the first Peanuts special to use the titular pattern of a short phrase, followed by "Charlie Brown", a pattern which would remain the norm for almost all subsequent Peanuts specials.
Posted by Percy at 5:47 PM No comments: