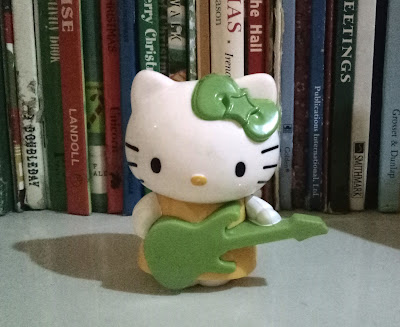 Did you know?
Dear Daniel, also known by his full name Daniel Starr, is a boy cat character from the Japanese company Sanrio. He is Hello Kitty's childhood friend and also her boyfriend. His birthday is on May 3rd, which makes his zodiac sign Taurus. He's the same age as her and they've known each other since they were babies. He gave a pet hamster named Sugar to her. He finds wonder in even the smallest things and pays special attention to how he looks – very trendy, sensitive and naïve!
Posted by Percy at 5:45 PM No comments: