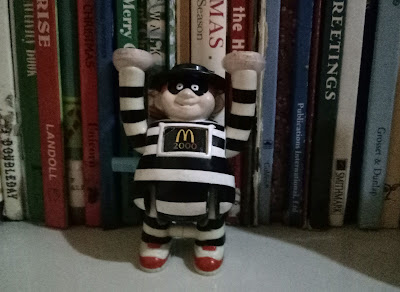 Did you know?
In 2015, new images were released by McDonald's depicting the Hamburglar as a grown man wearing a fedora, a macintosh jacket atop a black-and-white t shirt, with black jeans and with high-top sneakers. He still has a mask, but his face now also sports a good half-inch of designer stubble. The character will be in commercials for the first time since 2002.
Posted by Percy at 5:19 PM No comments: