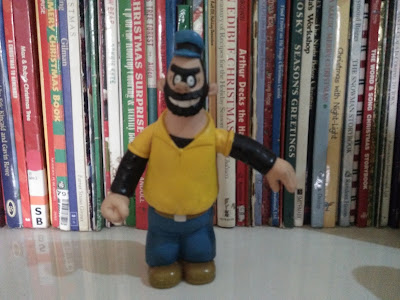 Bluto, also known as Brutus, is a cartoon and comics character created in 1932 by Elzie Crisler Segar as a one-time character, named "Bluto the Terrible", in his Thimble Theatre comic strip which was later renamed Popeye. Bluto made his first appearance September 12 of that year but Fleischer Studios adapted him the next year in 1933 to be the main antagonist of their theatrical Popeye animated cartoon series.
Posted by Percy at 5:20 PM No comments: