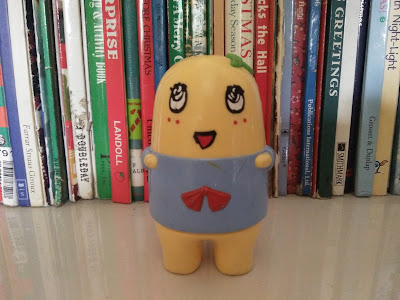 Funassyi was first created by a Funabashi citizen who has a retail trade in November 2011, just as a plane sketch to advertise his retail trading. A Twitter account also was opened for it on November 21. At first, the creator didn't intend to make a fuss on Funassyi, however, the number of followers on Twitter increased more than he expected and Funassyi became popular. Then he decided to make suits of Funassyi which he wore himself. On April 7, 2012, Funassyi started uploading videos on YouTube.
Posted by Percy at 5:20 PM No comments: