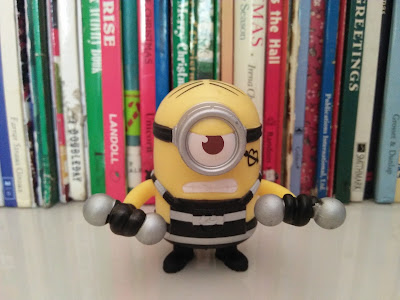 On April Fool's Day 2016, Google created a button on its Gmail service that sent a "mic drop" along with a GIF of a minion.However, the feature immediately caused backlash. Many people complained about accidentally sending the GIF during job searches, which resulted in some people being dropped from job consideration or even being fired. Google removed the feature not long after, citing those reasons and a bug that caused the GIF to be sent after hitting the regular send button.
Posted by Percy at 5:32 PM No comments: