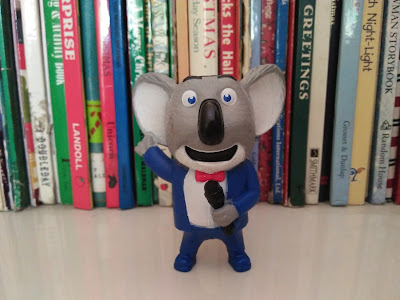 Sing is a 2016 American 3D computer-animated musical comedy film produced by Illumination Entertainment. It was directed and written by Garth Jennings, co-directed by Christophe Lourdelet, and starring the voices of Matthew McConaughey, Reese Witherspoon, Seth MacFarlane, Scarlett Johansson, John C. Reilly, Taron Egerton, and Tori Kelly. The film is about a group of anthropomorphic animals that enter a singing competition, hosted by a koala hoping to save his theater.
Posted by Percy at 5:36 PM No comments: